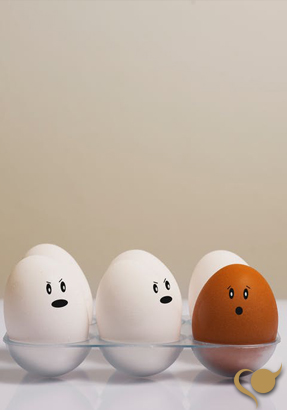 When we say it out loud, we usually frame it as a joke:

“Wow, that 12-year-old’s running their own company. What have I ever accomplished?”

“Look at that 22-year-old who’s already got a master’s degree and is probably going to cure cancer soon. What have I been doing with my life?”

“That CEO is how old? Looks like I’ve been wasting some time over here!”

But the versions of these sentiments that lurk in the privacy of our own thoughts don’t feel quite as innocuous. What’s funny on the outside betrays something more fragile in the context of our inner monologues: our fears, doubts, and insecurities about our own careers.

Touch that nerve and the questions will tumble out: Have I been wasting my time? Did I make the right choices? Why do I feel so far behind? Am I actually no good at this? Will I ever get where I want to be?

I’ve been there at various points over the years: when I was in college and didn’t get my dream internship, when graduation loomed and I watched classmates get fancy offers in tech and consulting while I searched for seemingly nonexistent jobs in arts administration and writing, when a woman from my undergrad class published a best-selling novel just a few years out, and when peers and younger journalists I know landed big promotions and prestigious bylines and were recruited by top publications.

But the thing is, I’m hardly the first and certainly not the last to have this feeling. I know because I’ve heard it from friends and colleagues. And because, when I started writing this article and wanted to be sure, I put a call out and got a slew of replies.

YOU’RE NOT THE ONLY ONE

“I do it,” says Chanette Sparks, founder of IBJ PR and Marketing, who says she was knocked back a few steps by a bitter divorce. “Even with success right there in my face. And I know extremely successful people way ahead of me who do it,” she adds. That feeling can be particularly acute when something unexpected happens in your personal life that has an impact on your work, or at various turning points in your career.

By the time Natalie Zisa graduated from college in the spring of 2017, she had four solid press and editorial internships under her belt, including at Seventeen magazine and Rent the Runway. She imagined she’d graduate and start a glamorous job at a magazine, but she ultimately decided to freelance instead so that she could pursue her other, more time-sensitive passion: dance. But a year and a half later, she’d have liked to see her byline in bigger publications and for her articles to reach more people. Sometimes, she asks herself what she did wrong.

“I had all these big dreams and big goals. I haven’t reached where I thought I’d be,” says Zisa, who nevertheless has contributed to Brit + Co, BC The Mag, and Dance Spirit magazine. She’s careful not to pin all the blame on social media—though she believes it has amplified an existing tendency to compare—but she’s constantly seeing others tout their latest bylines. It leaves her “wondering if I will ever get my chance.”

Keith Fredricksen, about two decades older, has been mulling over similar questions almost daily. After playing soccer in college, he spent 20 years working full time as a coach. But last year he decided to take a step back for his physical and mental health, and he has been working part time at Carolina Elite Soccer Academy in Greenville, South Carolina. The transition has heightened certain feelings. He’s been thinking back on his decision not to finish school and has struggled to prove his transferrable skills and find meaningful work outside of soccer.

It’s a complex brew of emotions, and the precise recipe varies. Maybe it’s one part jealousy and one part sadness with a splash of regret. Maybe it’s half admiration and half disappointment. Maybe it’s 95% frustration and 5% anger.

For Julie Finn, a women’s leadership coach and host of the podcast The Working Mother’s Mentor, it’s a sadness that borders on nostalgia—a “remembrance of this period of your life when it felt like anything is possible.”

When she was in her 30s and saw someone around her doing something big, it was comforting to think she still had time to do the same. Now that she’s in her 40s, she’s noticed that you “start to intellectually close the door and start to use the past tense,” she says. “At this point now, my classmates are U.S. senators and CFOs of companies. I have to wonder did I make the right decisions? Did I close doors?”

But while it’s okay to occasionally feel your own brand of “what have I even accomplished?”, the most important thing is how you respond to it.

YOU CAN DO SOMETHING ABOUT IT

First, remember that talent and hard work don’t necessarily equal immediate success. Luck’s also a component. You don’t always know what great timing or serendipitous connection might’ve led to others’ wins. That’s not to say they didn’t deserve them, just that it doesn’t mean you’re not capable of similar achievements later on. A recent study of career “hot streaks” found that “individuals have equal chance to perform better even in their late careers,” as one researcher explained.

Then, get to work. Sparks is a fan of journaling to document what she’s doing and to help see the steps she’s taken and the progress she’s already made. Doing so, you “can reflect on how far you’ve come,” she says.

Similarly, Zisa sometimes goes back and reads articles she’s written that she’s proud of to reinforce that she’s good at what she does, even if she’s not reaching as big of an audience as she’d like.

“Independent of what everyone else is doing, what I’m doing is pretty great,” says Zisa, who also tells herself she can make a different decision and focus her energies on writing full time down the line. In short, “it’s a work in progress.”

You don’t have to be a recent graduate to still have options. When Finn starts questioning her career choices, she focuses on the priorities that informed her path and on how grateful she is for what she has as opposed to what she could’ve had. She thinks about the sacrifices her classmates might’ve had to make to get to where they are. And finally, she reminds herself that “It ain’t over!” You “should be talking in present and future tense,” she says, and shift quickly to “What am I going to do about it?”

When college professor and writing coach Amanda Page finds herself sinking into the comparison trap, she heeds that advice.

“As soon as you feel it, recognize it for what it is: a signal that you better get to work on your own stuff,” Page says. “For instance, if I see the words ‘award-winning’ in someone’s bio, and I feel a jolt of jealousy, I’ll ask myself, ‘Do I want an award?’ If I want an award, I better enter contests.”

So know that it’s normal to feel this way sometimes—a lot of people do. But then acknowledge what you have achieved and figure out what you’re going to do next. As Page says, “There’s action to be taken.”

"We are all constructed out of our self dialogue."

“Success doesn't come to you; you go to it.”

“You will evolve past certain people. Let yourself.”

“Whatever you dream of, there will be fulfillment.”

65 SALON MARKETING IDEAS: THE ULTIMATE LIST Running out of ideas to market your salon?… 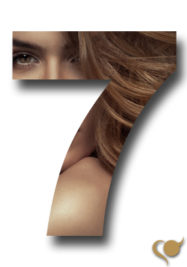 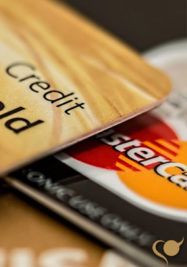 HOW TO BUILD CREDIT Building credit can be tricky. If you don’t have a credit… 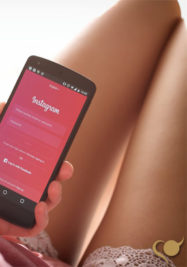 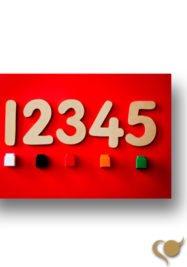 Thinking About Starting A Business? Five Critical Tips For Aspiring Entrepreneurs Starting your own business is… 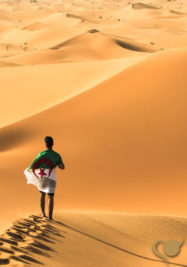 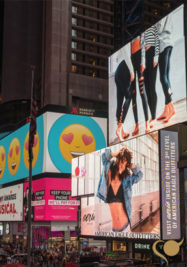